This site uses cookies to make your user experience more relevant to you.
You can visit our Privacy Policy to opt-out or see more details.
You may be asked again separately for any sensitive pages that you visit within this site.

Support for Families at Risk of homelessness (SFaR)

This program provides intensive support to families exiting the homelessness service system into long-term accommodation with the aim of establishing and maintaining longer term rental or housing tenancies.

Families with dependent children in their care and living in the City of Casey, Cardinia Shire, City of Greater Dandenong, Mornington Peninsula and Frankston City.

Please contact the Housing Support team to discuss your eligibility.

Enquire below or phone our main switch to speak to the team.

I understand that every child is individual with different strengths and different ways of learning, By recognising and understanding each child and what it is that they love and how best they learn, I can provide them with the best experiences that help them to reach their full potential in all developmental areas. I love doing it.

We like receiving feedback about our services because it helps us improve what we do.

Whether you would like to pay us a compliment or make a complaint we encourage you to tell us what's on your mind.

Tell us your story 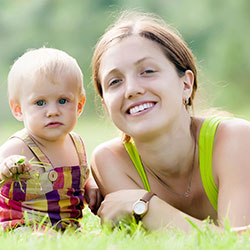 Adele* came to Windermere when she was eight months pregnant together with her three other children and her mother. She was in a state of deep distress. Although she had separated from her partner, Corey*, due to ongoing violence and had taken out an intervention order, he still managed to track the family down, break into their house and threatened to kill them repeatedly.

Katie is a mother of two young children who suffers from severe post natal depression, mental health issues and desperate feelings of isolation. 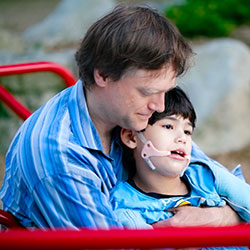 Richard's 9 year old son Joshua has severe cerebal palsy and his wife passed away unexpectedly leaving Richard to be Joshua's sole carer. Richard ran his own truck driving business and despite help from family and friends, his respite care options became too scarce, Richard was simply unable to work.

Windermere is committed to equity & equality for consumers and employees, this by building diverse and inclusive services and work environments, where all peoples from Aboriginal & Torres Strait Islander, Culturally & Linguistically Diverse, LGBTIQ+ Communities and those living with disability will know and feel accepted, affirmed, safe and celebrated. Windermere is delivering this through the continued development and implementation of our Welcoming and Inclusion Strategy 2021-2024. All forms of discrimination, including that based on race, culture, ethnicity, religion, age, disability, sexual orientation and gender identity, will not be tolerated. All employees, consumers and visitors are expected to behave in non-discriminatory ways.